Casino marketing isn’t getting any easier, but the return on investment seems to be improving for gaming companies willing to invest in new strategies and technology, according to Vincent Lentini, CMO of Affinity Gaming. 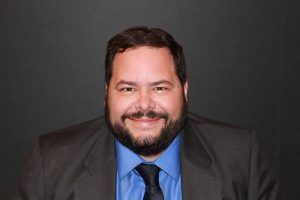 The gaming industry leader recently gave a wide-ranging interview to Global Gaming Business for its podcast. Speaking with GGB publisher Roger Gros, Lentini laid out several initiatives that are part of Affinity Gaming’s innovation plans during a “pivot year” in 2018, touching on improved CRM and booking engine technologies, revenue management, and social media.

Technology is enhancing a new casino Revenue Strategy that’s been underway for most of Lentini’s tenure. When he joined Affinity Gaming, his first order of business was to overhaul the company’s overly generous reinvestment practices, he told GGB. Some properties routinely were reinvesting 110% in customers, regardless of their level of play.

“We had to change that,” he said. “When you change that, it’s very painful. It creates pain points for your customers and employees. They don’t really understand why you’re doing it.”

But with newer casino marketing initiatives, Affinity is getting buy-in not only from employees, but also from its loyal guest base as well. Below are several highlights of a more modern casino strategy from Lentini’s podcast interview with GGB:

1. Study the Differences Between Casino Properties — and Their Customer Segments

To state the obvious for any multi-property gaming company, a one-size-fits-all approach won’t work for multiple casinos, especially ones located in different markets. Affinity has 11 properties in four states. Significant differences pop up not only between casinos in the same state, Lentini said, but also between customer groups that frequent the same properties.

Rail City Casino just outside Reno, for instance, “is the most uber-frequent market that I’ve ever seen in my casino history,” Lentini said. He knows of several customers that make more than 300 visits to Rail City each year.

While Affinity’s flagship Silver Sevens property in Las Vegas also has a local base of frequent visitors — 80% of its customers come from within a five-minute drive — there is also a big international audience that comes to that hotel because it’s close to Sands Expo Convention Center and McCarran International Airport.

The complexity in customer groups and segments among Affinity’s casinos has necessitated a brand positioning study at every property during 2018.

“For the first time since I’ve been here,” he said, “we’re going to go through consumer insights, brand hypothesis testing, and then set up a framework for what these properties should mean for value and quality for our customers.”

2. Train Your Casino Hosts to be Salespeople

2018 will also be an important year for Affinity Gaming’s technology investments, Lentini said. It is building an electronic data warehouse, with aim of personalizing offers to individual casino guests based on what they prefer and what they play.

The company is also investing in CRM technology able to communicate with casino staff, so that managers and hosts can receive an alert on their phones when repeat customers return to an Affinity property after a long period away. Those staffers will know to seek out those guests and make sure they’re having a good time.

“We are shifting casino hosting from just sitting there, kissing babies and shaking hands, to a more sales-oriented experience,” Lentini said. “That means, when a customer comes in, we’re thinking about, how do we extend their stay? How do we convert more trips out of them? How do we say, ‘Thank you for being here,’ at the beginning, during and end of their trip?”

It’s not the easiest change management initiative, Lentini admitted to GGB, but the hosts who embrace the new processes are “wildly successful.”

“A lot of the hosts that we’ve been bringing on board have come from car sales or the slot performance department of the casino they work in,” he said. “They’re used to the structure and to task-oriented business processes.

“We have a guy in Rail City, Bob Spencer, who’s been a host for 30 years. He’s got the toughest customer base in America, probably. He goes out there and he meets and greets, and he sits there and logs his tasks in the CRM, and he’s killing it. We’re especially proud of those guys.”

Again, casino technology holds a lot of promise for important parts of the business, like revenue management and digital marketing, Lentini said. For several years, Affinity Gaming has partnered with Duetto as a technology provider and Revenue Strategy consultant to grow its cash revenue.

“We have a motto: You can’t beat the machine,” Lentini said. “As a yield manager, the program is always going to be more perfect in the pricing strategy. We’ve also had some great opportunities to work with Agilysys to integrate Duetto and our booking engine to make sure that we’re taking advantage of all the technology that they have.”

Affinity Gaming is an alpha partner for PlayMaker, Duetto’s cloud application that brings a personalized booking experience to casinos in order to modernize properties’ ecommerce.

“We’re going to use PlayMaker to hopefully drive more conversions on all of our digital advertising,” Lentini said. “We’ll also immediately make those customers part of our loyalty program, where we can give them specific offers, with the ultimate goal of shifting their business from OTAs to our internal booking engine.”

The company relaunched all of the online booking engines for its casinos.

“Our previous ones looked like they were probably some Ukrainian phishing site trying to get your credit card information and use it for nefarious reasons,” Lentini joked. “Now we have a 21st-century solution that is adaptable and fully compatible with Duetto and all of the other source systems.”

On the revenue management side, Affinity can use its casino technology stack to drive better rates for cash customers.

“The other thing that we’re doing is moving slowly but surely to offer online comp booking for our casino customers,” Lentini said. “I can send an email to my customer base, have them click on it, and it automatically populates the offer window within our booking engine. I can convert a comp room much easier than I can right now.”

Currently, loyalty club members have to call the call center to reserve a comp room.

“We believe by increasing the ease of access, we’re going to drive so many more conversions,” Lentini said.

Social media could drive a fair amount of booking conversion for casinos as well, Lentini said, meaning Facebook primarily. For many of Affinity’s casinos, the core customer is a 55-year-old female slot player, making Facebook a target-rich medium.

“Facebook gives you the opportunity to interact with your customers … and it allows you to do some really cool custom-audience stuff,” Lentini said. “One of the best ways that we use social media is using Facebook’s custom-audience feature to go after specific entertainment acts that we have at Primm Valley Resort & Casino.”

For instance, when Primm booked Styx for a concert, Affinity was able to target every single person in the casino’s market that liked the band on Facebook and serve up an ad for a concert ticket and hotel room package.

“It’s an incredibly powerful tool that we use quite a bit,” Lentini said. “Facebook is the primary platform. I think as an industry, casinos are probably laggards in the other components like Instagram or Snapchat. On Twitter, personalities are what you follow rather than businesses, unless you’re Wendy’s.”

But using social media to bolster the event business has an outsize effect on hotel revenue, Lentini said.

“We do a heck of a hotel business any time we do a concert [in Primm],” he said. “There’s an underserved Hispanic-Latin concert strategy out there, and we’ve been steadily increasing it. Every time we do a Latin-Hispanic concert out there, we get 5,000 to 6,000 customers to our front door, and it’s fantastic.”

When GGB’s Gros asked about social casinos and gamification, Lentini noted that Affinity does fairly well with its branded mobile application tied to its A-Play Club.

“We’re constantly looking for strategic options around that,” Lentini said. “These are customers who are playing for fun via micropayments with no chance of winning any real tangible things. … We’re going to continue our partnership with Scientific Games.

“It is a ‘bricks and clicks’ model that says, if you play on the Internet, you’ll get rewarded via our loyalty program in our brick-and-mortar facilities. There’s a huge opportunity there, it’s just whether or not we want to put capital in that manner and if we’re ready for that.”