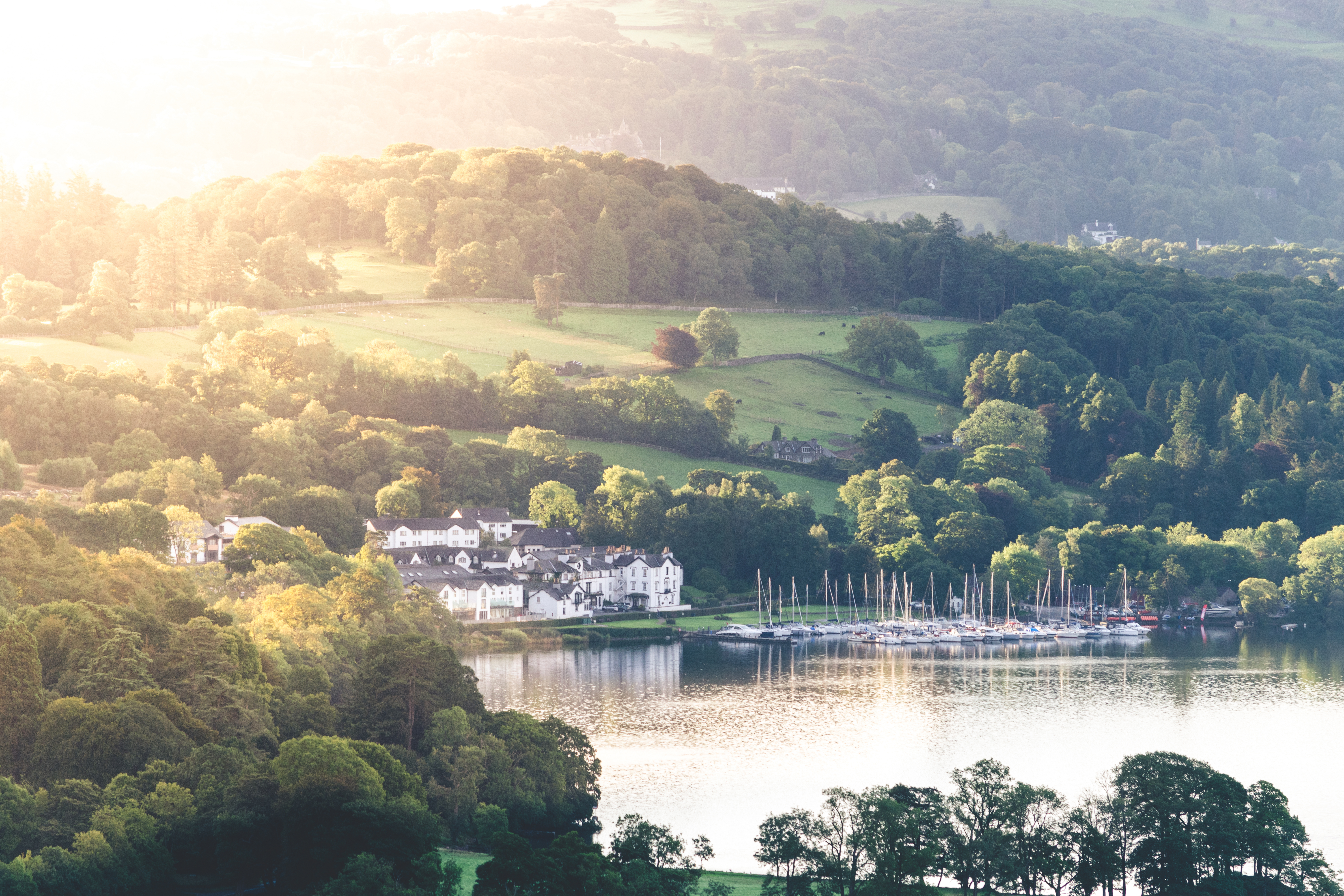 Domestic tourism in rural areas has proved a popular option for travelers, following the reopening of hotels in England on July 4.

The Lake District National Park is England’s largest tourism destination outside of London. Known for its rugged fell mountains and glacial lakes, it has been a popular spot for holidaymakers for centuries. This summer, it proved a magnet for those travelers wanting to get away without jumping on an airplane.

One hotel group that has been able to really capitalize on the staycation market has been English Lakes Hotels Resorts & Venues, which operates a collection of five hotels in the Lake District and Lancashire.

The group closed all its properties on March 28. Four properties reopened in early July, and Lancaster House, the group’s most corporate property, reopened fully in early August.

“We knew that when lockdown first started we would be closed for period of time. But we also knew that we would do well in our Lake District properties upon reopening because we knew consumers would be unwilling or unable to go on overseas holidays,” explained Ben Berry, Director of Sales and Purchasing, English Lakes Hotels Resorts & Venues.

“We’ve watched the changes to our booking curves. When travel restrictions come out in France, for example, there’s a sudden spike in our bookings. That happens, unfortunately,” he added.

In addition to the spikes in demand, Berry and his revenue team have also seen changes in booking profiles. Short-term bookings, usually within six weeks of arrival, have become the norm.

“We have a cliff that moves – six weeks out there’s a step change, but every week it’s six weeks out,” said Berry.

In addition, length of stay has also changed, as travelers swap out their week-long holiday in Spain for a stay closer to home. Length of stay across the English Lakes portfolio was 1.9 nights prior to COVID, since reopening it has been five nights.

Rates have also increased. At the group’s Low Wood Bay Resort & Spa in Windermere rates increased by 40% excluding the VAT change. Berry credits this exceptional growth to Duetto and the work of his Duetto Customer Success Manager, Tomos Jones, who guided English Lakes through changes to the automated revenue management system to fully capture the surge in demand.

English Lakes staggered the reopening of its hotels, only reopening once availability was there.

The group runs its properties on GameChanger’s AutoPilot and has seen phenomenal results on optimized rates. “It went through to roof! It did go to £600 for some nights,” Berry explained. Prior to COVID, ADR at English Lakes was £108.

“We had months where we had nothing. We were closed with fixed costs. But year to date we are making up for a lot of lost time and revenue. The room rates we have achieved through automated pricing has made up for that and we have seen all-time record weeks in terms of rates and occupancy,” Berry added.

By mid August English Lakes had as many sleeper nights in reservations as STLY.

In addition to seeing sharp increases in room rates, Berry and his team looked at optimizing other revenue streams.

“Due to the surge in leisure and because people are less willing to go out for dinner we’ve been able to do well with onsite F&B. During lockdown we also sold a lot of ice cream from The Midland in Morecambe – that was fun!” Berry remarked.

The English Lakes portfolio traditionally attracts a mix of leisure, corporate and events. The Lake District hotels did well from the surge in leisure business, but the group’s Lancaster House and The Midland proved more of a challenge to Berry and his team.

Lancaster House is a 99-room four-star property that mostly runs on corporate business, while The Midland is an art deco seaside property that attracts an older guest alongside a good base of corporate.

“The Midland has done fantastic as people want to get out of the city and visit the seaside. But Lancaster House has been tough – it’s certainly been divergent to our Lake District properties, which have done very well,” Berry admitted.

“It’s not been easy for our group sales team who look after tour business. In a typical year 14% of sleepers are international tour guests – that has just not happened. Conference sleepers are also a big part of the mix and weddings have almost all moved to 2021. Next year at Low Wood Bay we have more than 150 weddings happening. That’s going to be challenging in a whole different way!” said Berry.

The revenue team at English Lakes have been using Duetto since 2018.

“Duetto’s most powerful feature is that we have it all automated. I place full trust in Duetto. Rate changes are made instantly and automated across all our systems. A few clicks and it’s on our site and in Booking.com within minutes,” Berry said.

“We have always done well with direct bookings and we use Duetto to increase that share of total mix. An example of a recent change is that we were selling some room-only options to get that front page position on the OTAs, but we’ve taken that off because we are going to be full all day every day for a long time,” said Berry.

“We are trying now to recapture people who have booked through third parties to book direct. We have a plan,” he confirmed.

The Duetto Pulse Report is a free, data-driven analysis of information that matters most, updated and distributed on bi-weekly basis. Test